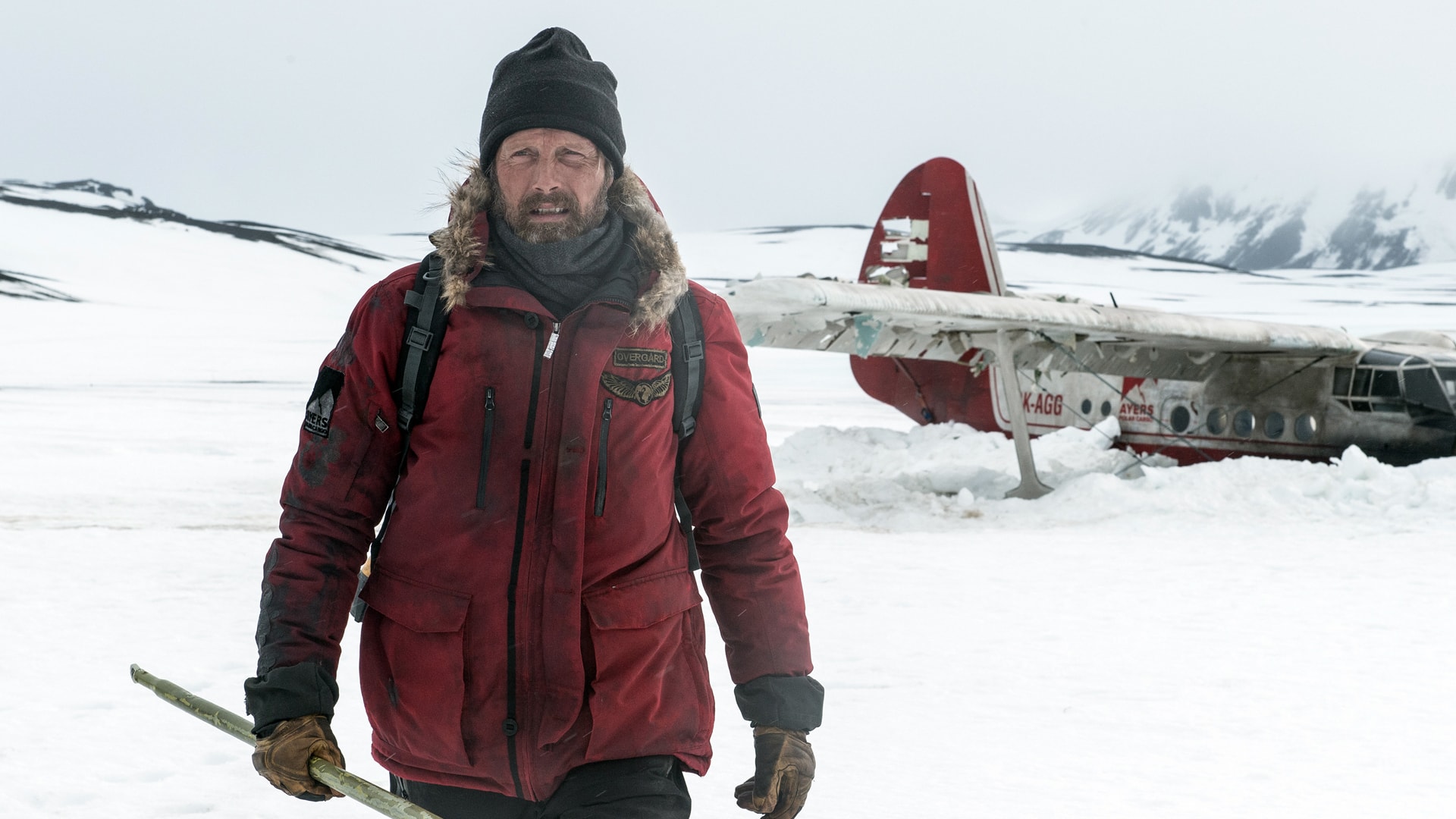 ARCTIC hit theatres February 1, 2019, praised by Rolling Stone as “an ice-cold killer of a movie,” and Entertainment Weekly as “a harrowing postcard from the void.”

The film was produced by Noah C Haeussner of Union Entertainment Group (JANIS: LITTLE GIRL BLUE), Chris Lemole and Tim Zajaros of Armory Films (MUDBOUND) and executive produced by Martha De Laurentiis (NBC’s HANNIBAL), who last worked with Mikkelsen on the Hannibal TV series and Union partner/editor Einar Thorsteinsson. The story surrounds a man (Mikkelsen) stranded in the Arctic, who is finally about to receive his long awaited rescue. However, after a tragic accident, his opportunity is lost and he must then decide whether to remain in the relative safety of his camp or embark on a deadly trek through the unknown for potential salvation.

It’s eyeball-freezing cold up there in the Arctic. You can feel it in this movie’s bones. Danish actor Mads Mikkelsen does wonders with the role of Overgård, the downed pilot of a small cargo plane who’s awaiting a rescue that may never come. Overgård doesn’t bang on about his troubles, like Tom Hanks laying on exposition to Wilson the volleyball in Cast Away. He just gets the job done, carving a giant SOS in the snow and poking holes in the ice to catch fish that he carries back to the fuselage where he filets and serves the dish (it’s arctic trout) like a master sushi chef. Arctic, a potent feature-directing debut for Joe Penna, is compellingly practical about showing what it takes to stay alive in the frozen wilderness. (Iceland filled in for the North Pole as a location.) There’s a commendable lack of Hollywood bullshit in how the pilot takes on the challenge of passing Mother Nature’s grueling endurance test. And for a while Arctic recalls the man-alone intensity of J.C. Chandor’s All Is Lost, where a late-career-best Robert Redford maneuvered his sailboat through a raging sea.